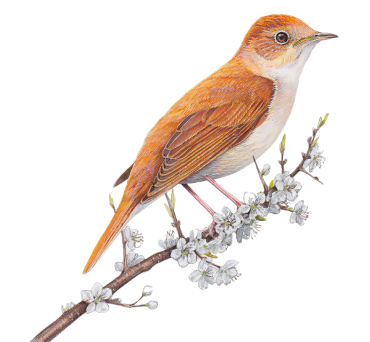 The fieldwork effort of thousands of participants resulted in unprecedented geographical coverage for a biodiversity atlas in Europe. Data were reported for 5,110 50-km squares, or 96% of the study area. Coverage was far more complete in EBBA2 than in EBBA1, when there were no data at all for large parts of eastern Europe. Moreover, almost all these squares were more intensively surveyed in EBBA2 than in EBBA1

Area covered in the two atlas periods. The maps show the information for each 50-km square in EBBA1 and EBBA2 as provided by national coordinators. Please note: information in EBBA1 based partly on expert opinion, especially in eastern Europe.

In total, 596 species were recorded breeding in the area and period covered by the EBBA2 project, including 539 native species and 57 non-native species, i.e. introduced species whose native range lies outside of Europe. Within the group of native species, 532 species bred regularly and seven bred only exceptionally (i.e. not every year) in Europe during the five-year study period. Among the non-natives, 49 bred regularly and 8 exceptionally. A total of 40 breeding bird species are endemic to Europe and another 59 can be considered near-endemic. In addition to these 596 breeding species, another 14 native and seven non-native species were reported whose status during the EBBA2 period was uncertain (see EBBA2 Book Appendix 2 & EBBA2 species names in some European languages).
The EBBA2 book shows information for a total of 625 species, including species with uncertain status mentioned in EBBA1. 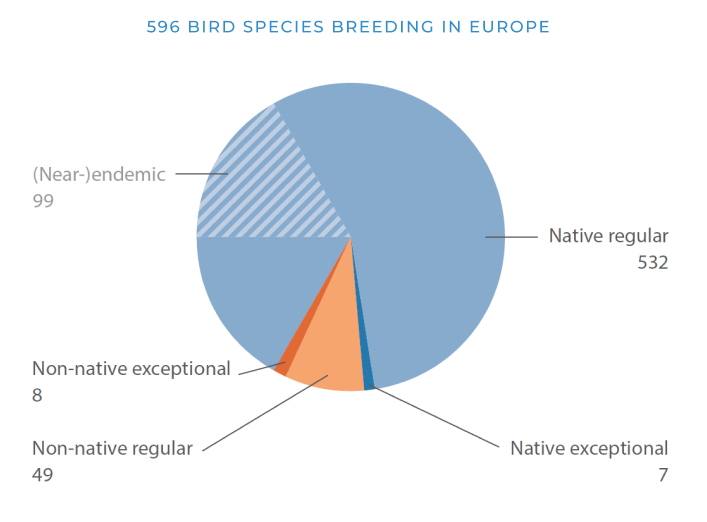 The distribution of native species breeding in Europe is not homogeneous. There are few native species as widespread as White Wagtail Motacilla alba, Common Cuckoo Cuculus canorus, Barn Swallow Hirundo rustica, Great Tit Parus major and some corvids, which were recorded in over 85% of all 50-km squares surveyed in EBBA2. More than 50% of the species occurred in less than 10% of all surveyed squares, and many have very restricted distributions, such as several island endemics. In general, the total number of native species per square is higher in the boreal and central European regions.

The five species lost since EBBA1, Common Buttonquail Turnix sylvaticus, Pine Bunting Emberiza leucocephalos, Lesser Crested Tern Thalasseus bengalensis, Yellow-billed Loon Gavia adamsii and Iceland Gull Larus glaucoides, were already rare or had only marginal distributions in Europe in the 1980s. The only true coloniser well established within the study area covered in both atlases seems to be Little Swift Apus affinis, which has colonised Spain from its African strongholds. Considering only regular breeders, the number of native bird species in Europe has hardly changed between the two atlases. 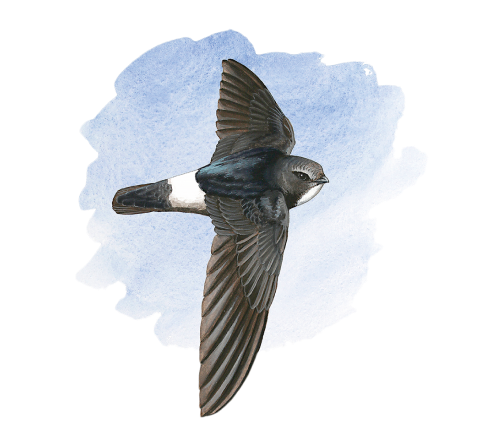 The cases mentioned above are extreme instances of colonisation and extinction in the whole of Europe, but many other species have substantially changed their distribution in the last 30 years. Out of the 407 native species for which a change index could be calculated, 187 showed an increase in distribution, 135 a decrease; for 85 species distribution did not change or the trend was uncertain. The overall change in the distribution of native bird species shows gains concentrated in the north and losses in the south of Europe, but the pattern of change has many regional particularities.

Changes in the distribution of native species also vary between habitats. The overall distribution of agricultural and grassland birds has shrunk across Europe over the last 30 years. This is consistent with population declines in common farmland birds recorded in Europe as a result of agricultural intensification. Distribution losses were also noted for birds of tundra, mires and moorland. Species of montane grassland, a habitat restricted to mountain ranges in central and southern Europe, have shown losses in lower-altitude mountain massifs. In contrast, the average number of species per 50-km square has increased for birds of boreal and temperate forests, most likely driven not only by climate change but by forest regrowth on abandoned agricultural land. Many inland wetland species have also increased in distribution, at least partly as a result of better protection.

A total of 57 breeding bird species are considered non-native in Europe, i.e. introduced species whose native range lies outside of Europe. They are distributed very unevenly across Europe, with the highest numbers of species concentrated in western and southwestern Europe.

Several parrot and estrildid species have established viable populations in south(west) Europe during the last 30 years, such as Monk Parakeet Myiopsitta Monachus and Common Waxbill Estrilda Astrild. Some non-native species were already present 30 years ago, among them the Egyptian Goose Alopochen Aegyptiaca, which has shown a large areal gain in this period. 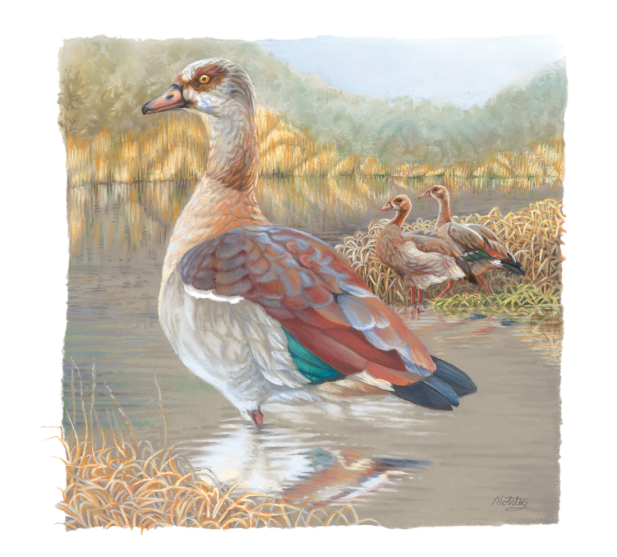 More details on the patterns of distribution and change are available in the EBBA2 book. Its reading is highly advisable for a proper interpretation of maps shown in this website.

This website contains a set of 50-km maps that show the occurrence, breeding evidence and abundance for all bird species that bred in the EBBA2 and EBBA1 periods. In addition, it includes 10-km modelled maps that identify hotspots of occurrence for the more widespread species in EBBA2, and 50-km maps of change in distribution for the majority of species.

All EBBA maps are shown in this website, even some that, for space reasons, could not be published in the EBBA2 book.